The award of the prize to the essayist was decided and announced by UÉ on the 20th of December, in recognition of the remarkable contribution in the field of teaching Literature, Literary Studies and the international dissemination of Portuguese Language and Culture.

The selection of the winner was unanimous on the part of the jury, chaired by UÉ professor Antonio Sáez Delgado and composed by professors Pedro Serra, Ana Paula Arnaut and Cristina Firmino Santos and literary critic Anabela Mota Ribeiro.

According to the Alentejo academy, the Vergílio Ferreira 2020 Prize delivery ceremony takes place today, starting at 16:00, in the Faculty Room of the Colégio do Espírito Santo.

Established by UÉ in 1996 to honor the writer Vergílio Ferreira, this literary prize is intended to award annually the set of literary works of a relevant Portuguese-speaking author in the fields of fiction and/or essay.

The 2020 edition of the award dedicated to the author of “Aparição”, according to the Alentejo university, had nominations from 16 institutions in four countries.

Carlos Reis is a professor and researcher at the University of Coimbra and, in October last year, he received, in Guarda, the Eduardo Lourenço 2019 Prize, awarded by the Center for Iberian Studies. 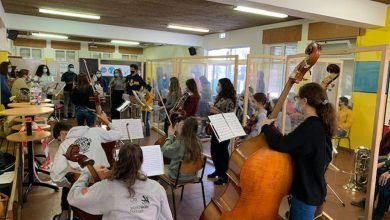 Orquestra Geração returns to the stage for an unforgettable Christmas Concert