The Portuguese project Lata 65, of urban art workshops for the elderly, and the artist Alexandre Farto (Vhils) are part of the program of the international festival of public art Nuart Abeerden, which takes place in Scotland in April.

Vhils is one of 13 featured artists this year at the festival, which runs April 18-21 in Aberdeen, according to information available on the initiative’s website. The list of invited artists includes, among others, the British Ben Eine, the German Evol, the American Axel Void and the Norwegian Hama Woods.

The Nuart festival, a non-profit initiative, “is dedicated to promoting art as a part of daily life, drawing art and artists from studios, cellars and institutions and into the streets of the city.”

In addition to building works on the streets of Aberdeen, the festival includes Nuart Plus, an international program of academic talks, artist presentations, film screenings, guided tours, workshops and other initiatives that take place in various venues.

This program includes the project Lata 65, by the architect Lara Seixo Rodrigues, who is also responsible for the Wool – Covilhã Urban Art Festival and ESTAU – Estarreja Arte Urbana.

Since the first workshop, held in November 2012 with elderly people attending the Alcântara Parish Center, Lata 65 has passed through several Portuguese cities, but also in Brazil, Spain, and the United States.

In the workshops, the elderly learn and put into practice urban art techniques with the help of Lara herself and various artists.

At Nuart, Lara Seixo Rodrigues will also “participate in a question-and-answer session after the screening of a short documentary.”

The Nuart Aberdeen is organized by Nuproductions, the team that organizes the Nuart Festival in Norway, “the oldest annual urban art festival in the world”. 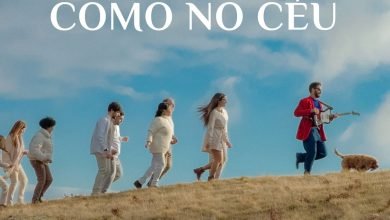