Tourism has managed to capture the attention of importers to the Portuguese wine sector, but are mainly the intrinsic characteristics of each region that distinguish national brands, some of the producers present at the ProWein fair.

There are over 390 national producers to attend the 25th edition of the largest wine and spirits fair in Europe, counting Portugal with a space of almost 3,000 square meters.

“Our work is one of differentiation. We see each partner as a partner, but we are going to demarcate ourselves and create our own space, always through the valorization of the territory, in the perspective of seeing our production as something unique,” said Luís Cerdeira da Soalheiro, a brand of the northern region.

For him, the interest in the wines of the region of Melgaço has also benefited from wine tourism, because it allows tourists to know “the reality of the winery.”

The objective of the brand passes through the positioning of the top in the white wine’s market, betting on lines like fruity, minerals or of altitude.

Although today is the first day of the fair, the prospects are “good“, being Sunny “full of meetings” scheduled.

On the other hand, for the commercial director of Falua, the Tejo wine brand, the presence at the fair is “very important“, not only because the German market is “attractive“, but also because it is a “meeting point” for Worldwide.

“The wines of the Tagus are the ‘next new big thing’. We have the traditional wines of the Douro and Alentejo, Dão and Bairrada, but the region that is making a difference in the Tejo because the wines have a fantastic freshness, “said Nicolas Giannone.

According to the commercial director of Falua, the wines produced in this region are “easy to drink and very aromatic“, thus beginning to be increasingly appreciated by consumers.

Proof of this is “the many meetings” scheduled, waiting for the company to become “business opportunities“.

For Diogo Campilho da Lagoalva, a company from Santarém, “Portugal is increasingly fashionable” and this is a factor that distinguishes Portuguese wines among other ProWein gifts.

According to Diogo Campilho, the presence in the event allows to create new contacts and “to sit to the table several distributors“, without “having to go to the whole world to have isolated meetings“.

Apart from Soalheiro, Falua and Lagoalva, there are Portuguese brands such as the Ponte de Lima winery, Ribafreixo ‘Wines’, Quinta do Pinto and Quinta da Samoça.

The trade fair of the wine sector this morning was attended by the Portuguese Prime Minister, António Costa, the Minister of Agriculture, Capoulas Santos, and the Secretary of State for Agriculture and Food, Luís Medeiros Vieira.

ProWein runs until Tuesday and brings together more than 7,000 producers in Dusseldorf. 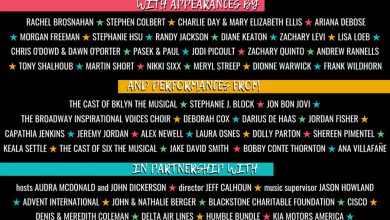