On the eve of the release of the new album, Ruben Portinha is getting ready to show the world, «Vou Ver Se Te Levo a Cantar», the first of the 12 songs that will be part of the line-up.

With lyrics and music by the artist, «Vou Ver Se Te Te Levo a Cantar» is a demonstration of persistence, of someone who does not give up on someone else, who never fails to try the final victory just because he lost in the first rounds of this timeless game that is love. 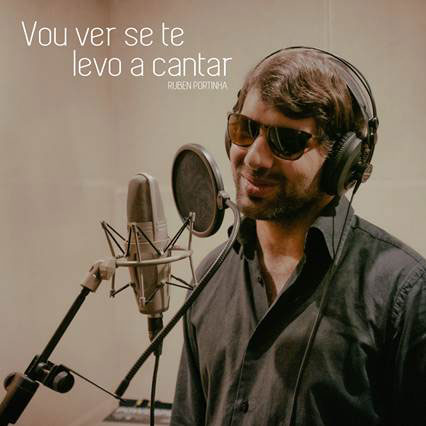 In times of pandemic and confinement, the video clip was recorded with the possible resources. Ruben took charge of the argument, enlisted to appear in front of the camera and challenged his quarantine companion Inês Trevo to do the same. He invited her to play, hoping to win. He ran, tried, insisted, committed to changing the course of history in his favor.

This duo was joined by Ricardo Duarte, Nuno Barreto, José Manuel David and João Coelho, the studio accomplices, each in his own post (some more confined, others less …), and also Rita Féria, who was in charge of joining the shrapnel and shape the video clip.

Album of homage to Carlos Paião is published on Friday