“Obra Rara”, by Ruben Portinha, was elected by the jury as the best original song in the contest at the Festival Cantar Abril 2021.

The final took place on April 30, at the Lopes Graça Auditorium of the Romeu Correia Forum, in Almada. The artist received from the hand of the singer João Afonso (nephew of Zeca Afonso) the award named after the historic singer of the anti-fascist resistance, one of the greatest icons of Portuguese culture.

With lyrics and music by Ruben Portinha, “Obra Rara” is a song that reminds us that the conquest of freedom did not end on April 25, 1974, it is a continuous, never-ending process with which we must learn and for which we must fight every day.

“It is an enormous honor, and also a great responsibility, to receive this award, which was given the name José Afonso, to whom we owe so much as a people and to whom I owe so much for everything that he taught me in this craft of making music. It is also good to know that our work is recognized, a sign that we are most likely on the right path. Thanks, it is worth and it will be all worth it ”- says the musician.

On stage, in addition to the performer and guitarist, were João Coelho on drums, Ricardo Duarte on bass, Nuno Oliveira on guitar, Inês Trevo, Marta Fernandes and Pedro Vicente on vocals.

In each category, five themes reached the final. In addition to the participation with the original “Obra rara”, Ruben Portinha was also present in the final of the versions category, with an interpretation in voice and electric guitar of “Madrugada”, composed by José Luís Tinoco and interpreted by Duarte Mendes, the song who represented Portugal at the 1975 Eurovision Festival. In the semi-finals, the artist also competed with a version of “Paz, poeta e pombas”, a theme that integrated the album “Venham Mais Cinco” by Zeca Afonso, released in 1973.

“Obra rara”, by Ruben Portinha will be available on May 21st on all digital platforms through Farol Música

After this challenge, Ruben Portinha is now preparing to return to the stage to finally be able to present the album “Tinha de Arriscar” live.

Launched in October 2020, the album “Tinha de Arriscar”, which has the quality seal of Antena 1, is composed of 12 themes that derive from pop, rock and funk (with a blink of an eye to jazz), where the Portuguese language it is the common denominator. The album also features the vocal participation of Andreia Baleiras, Inês Trevo, Marília Lopes and Pedro Vicente. 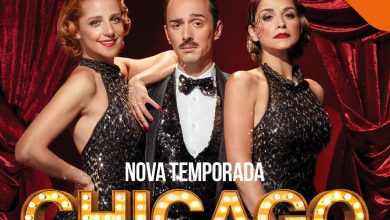