The countdown continues for the first edition of Jardins do Marquês – Oeiras Valley, and the Festival has a new confirmation Rufus Wainwright on July 7th.

In the first days of July, the Gardens of the Marquês de Pombal Palace welcome a sophisticated experience, designed to awaken all the senses, and focused on the quality and diversity of the artists that make up your poster.

After confirmation by Cat Stevens, Lighthouse Family and the Portuguese Camané and Mário Laginha, Rufus Wainwright brings his talent and eclecticism to the Jardins do Marquês, on the 7th of July.

It is difficult to walk in this world and never have heard the voice of this gentleman. Rufus Wainwright is one of the most acclaimed composers and performers in recent decades.

The son of two other musicians, Loundon Wainwright III and Kate McGarrigle, art appeared at a very young age to young Rufus. He started his piano studies at the age of six and at 13 he was already acting with his mother, aunt Anna and his sister Martha in the group McGarrigle Sisters and Family.

Shortly thereafter, he was nominated for a Juno (a kind of Canadian Grammy) in that year’s most promising artist category. The taste for opera marked his adolescence and was influenced by names like Edith Piaf, Al Jolson and Judy Garland. Pop and rock would come later when Rufus became a regular on the Montreal bar circuit.

The young musician’s talent was increasingly evident to everyone, also outside Canada, and this growing popularity made him edit his first. “Rufus Wainwright” was considered by several critics as one of the best records of the year 1998. The following years were spent giving concerts, almost everywhere, until the release of the second album: “Poses“. These first two albums won the Juno award in the category of the best alternative album.

So far Rufus has edited seven discs, three DVDs and three discs recorded live, without ever losing his “genuine originality”, as the New York Times wrote about himself. Over the years Rufus Wainwright had the opportunity to collaborate with names like Elton John, David Byrne, Boy George, Joni Mitchell, Pet Shop Boys, among others.

And his name was also established in the world of classical music, especially after the edition of his first opera. “Prima Donna” debuted at the Manchester International Festival in July 2009 and was a success.

In 2016, in the 400th anniversary of the death of William Shakespeare, he edited “Take All My Loves: 9 Shakespeare Sonnets”, featuring Helena Bonham Carter, Fiora Cutler, Peter Eyre, Carrie Fisher, Inge Keller, Siân Phillips, Anna Prohaska, Florence Welch, among others. Rufus is preparing to edit a new album in 2020, with the production of Mitchell Froom.

The single “Trouble in Paradise” has already seen the light of day and Rufus promises to bring this and other new themes to Portugal, on July 7 at the Gardens of the Palace of the Marquis of Pombal in Oeiras 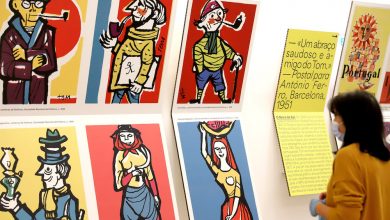 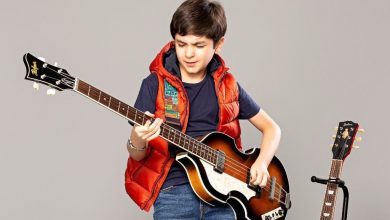