The Portuguese Rui Costa and Ivo Oliveira will take part in the 75th edition of the Volta a Espanha by bicycle, which will be played between Tuesday and November 8th.

Ivo Oliveira, national time trial champion, will make his debut in three-week races, at the age of 24, when he joins the team of eight chosen riders, betting on the Spanish David De La Cruz and the Italian Davide Formolo to the top of the general classification.

For the 2020 Vuelta, which was initially scheduled for the period between August 14 and September 6, should leave the Netherlands and pass through Portugal, UAE Emirates will also count on Italian Alessandro Covi, Colombian Sergio Henao, Belgian Jasper Philipsen and Belarusian Aleksandr Riabushenko.

The Vuelta will be disputed in 18 runs between Irún, in the Basque Country, and Madrid.

Fábio Silva among the 20 finalists for the "Golden Boy" award 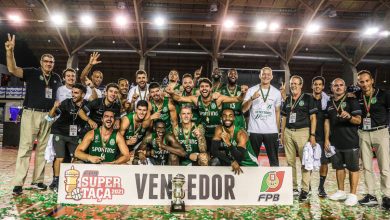