An International Solidarity Concert Marathon aimed at supporting Ukraine and called Save Ukraine – #StopWar will take place today, Sunday, March 27, at 4:30 pm (Lisbon time) at the headquarters of Polish television by TVP, in Warsaw, and will be broadcast by television channels from around 20 countries in Europe and the world, as well as through streaming platforms and social networks.

During the two-hour broadcast, musicians, artists, civic activists, opinion leaders, actors, athletes, volunteers from all over the world will support Ukraine by participating in this solidarity event. The Portuguese Salvador Sobral will be one of the stars participating in this concert marathon, along with artists such as Imagine Dragons, Nothing But Thieves, Fatboy Slim, Craig David, Brainstorm and the Israeli Netta. In parallel, funds will be raised to address humanitarian issues caused by the Russian military invasion of Ukraine, before, during and after the broadcast.

The TV marathon will be available on all Ukrainian TV channels and platforms that broadcast the “United News” marathon such as 1+1, ICTV, STB, 2+2, Ukraine, Inter, Rada, UA: Pershyi, but also TET , Novy, M1, NTN, K1, and Kyivstar TV, 1+1 Video, YouTV, MEGOGO, Oll.tv, Sweet.tv, and Volia online television platforms. It will also be possible to watch the broadcast through the Youtube channels 1+1 and 1+1 Internacional, ICTV Ukraine, Inter+, Ukraine24, among others, for viewers around the world

The Save Ukraine – #StopWar concert marathon seeks to further consolidate the international community in the resistance to Russian expansionist policy. It is conducted by 1+1 media, by the Atlas Festival team and has the support of the national mobile operator Kyivstar, the Ministry of Culture and Information Policy, the Ministry of Foreign Affairs and the Ministry of Social Policy. The idea for this project came from Festival Atlas and Kyivstar. 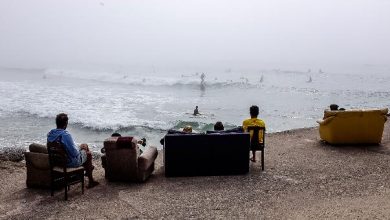 Opening of the exhibition “O Mar É a Nossa Terra” 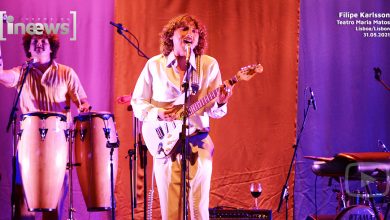