The Santa Casa Neurosciences Awards, attributed by Misericórdia de Lisboa, distinguish this year works on a protein and Alzheimer’s disease and the use of exoskeletons in the recovery of people with vertebro-spinal injuries, the organization announced today.

The team led by neuroscientist Luísa Lopes, from the Institute of Molecular Medicine João Lobo Antunes, won the Mantero Belard Prize for the study of a protein that is the origin of another protein, associated with Alzheimer’s disease.

A group coordinated by Nuno Sousa, from the University of Minho, was awarded the Melo e Castro Prize, with the project to recover people with vertebro-medullary lesions through the improved use of an exoskeleton (structure developed to help the locomotion of paraplegic people ) controlled by brain activity.

Each of the teams is awarded 200 thousand euros.

Considered as one of the country’s most important scientific or clinical research grants in the field of neurosciences, the Santa Casa Neurosciences Awards distinguish studies on neurodegenerative diseases linked to aging such as Alzheimer’s and Parkinson’s (Mantero Belard Prize) and work on recovery, treatment or the healing of spinal cord injuries (Melo e Castro Prize).

Neuroscientist Luísa Lopes explained that her team intends to study the function of the amyloid precursor protein (APP), which processes beta-amyloid, a toxic protein associated with Alzheimer’s disease, the most common form of dementia.

The idea, he added, is to realize, at an earlier stage, how the APP protein, which “is essential for neurons” (brain cells) under normal conditions, “undergoes different processing” as it ages.

Justifying the ‘target’ of study, Luísa Lopes mentioned the high rate of failure of treatments against Alzheimer’s, because they affect beta-amyloid protein and when the disease has already manifested and there is the death of neurons.

The study will be done in mice and with samples of neurons obtained from the skin cells of healthy and sick young and old people.

Researcher Nuno Santos, from the University of Minho, told that the project he coordinates aims to “complement rehabilitation approaches in patients with vertebro-medullary lesions and help improve the quality of life of these patients.”

His team will test an exoskeleton – the ‘fact’, as Nuno Santos calls it, which allows patients to “recover some of their motor function” – in patients with vertebral injuries who are being followed up in rehabilitation programs in hospitals in Portugal It’s in Brazil.

Nuno Santos clarified that the exoskeleton is controlled by electroencephalographic signs of the patient, to which “sensory information” will also be provided – tactile, visual, namely using virtual reality, and thermals.

The exoskeleton is thus controlled by the activity of the brain, whose cells, the neurons, are ‘excited’ by sensory stimuli.

The winners of the 2018 edition of the Santa Casa Neurosciences Awards were chosen by a jury led by the doctor and professor Catarina Aguiar Branco, who presides over the Portuguese Society of Physical Medicine and Rehabilitation, one of the partner entities of the initiative.

Digital project will combat “lack of interest of students in technology” 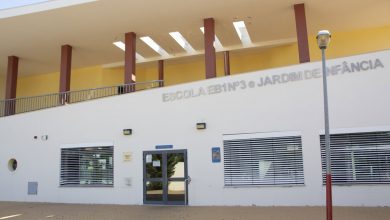 Portugal marks the 70th anniversary of the Human Rights Declaration