The Prestígio Prize, which aims to distinguish a runner who, due to his résumé, honors the race, will be awarded to the only Olympic medalist in Portuguese cycling, who, in addition to the silver he won in the background race in Athens 2004, counts stage victories in the Tour de France (2010) and Volta a Espanha (2006).

The Prestígio Prize was awarded for the first time in 2016, with the organization deciding to share the award between the Swiss Fabian Cancellara, the Belgian Tom Boonen, and the Spanish Alberto Contador, Paulinho’s former companion, and leader.

The following year, the choice fell on the German Tony Martin and, in 2018, the winner was the Belgian Philippe Gilbert. The Italian Vincenzo Nibali was distinguished in the last edition, after the prize was not awarded in 2019.

The Volta ao Algarve starts on Wednesday in Lagos and ends on Sunday at the top of Malhão, which will enshrine the successor of the Belgian Remco Evenepoel (Deceuninck-QuickStep).

Portugal rises to fifth place in the FIFA ranking 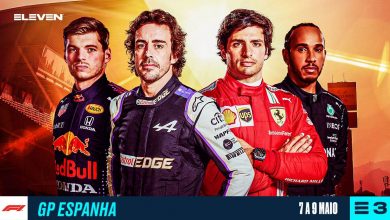