It is time to stay at home and music can be the best company to do so.

With this in mind, Smooth FM prepared a special weekend program with the passage of some of the best live concerts by artists such as Norah Jones, Aretha Franklin, Gregory Porter and Nat King Cole, among others that will be scheduled during the month of April .

It should be noted that Smooth FM can be heard digitally, through the website and the app, as well as on television, through the operators Meo, Nos, Vodafone and Nowo.

Norah Jones Live in Amsterdam. A concert recorded in 2007.

A concert recorded live at the Jazz Festival in Montreaux, Switzerland, in 1971

Gregory Porter and The Metropole Orchestra at Paradiso, Amsterdam.

A concert recorded live in December 2012 in the mythical Amsterdam concert hall.

things to do
15 hours ago

Homage to Nuno Bragança in the 90 years of his birth 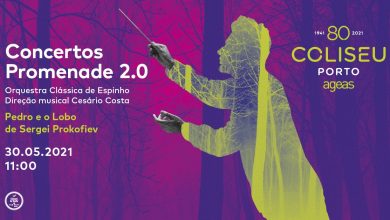