Sporting defeated Friborg 89-78 in the semi-finals of a concentrated poule of access to the group stage of the basketball Champions League.

The Portuguese team thus celebrates their return to European competitions, after a 42-year hiatus, and they are waiting for the next opponent to win the game between U-BT Cluj Napoca and the Bosnians of KK Igokea.

Due to the current pandemic situation of covid-19 in Europe, and to ensure the safety of all and to facilitate logistics, the tournament organization has moved forward with changes to the format of the qualification for the Champions League, namely this phase of access groups.

Therefore, Sporting, the only Portuguese club present, is competing for a spot in the competition in the ‘final four’ system in Botevgrad. Only the club that wins the ‘final four’ has a reserved place in the ‘Champions’ group stage.

Sporting’s last appearance in a European basketball competition dates back to November 1978, in the qualifying phase for the European Cup.

Directed by deputies Flávio Nascimento and António Ferreira, in the absence of the main coach, Luís Magalhães, who did not travel because of the covid-19, the leonina team won by 14 points difference (50-36) at the interval, but saw the opponent approaching up at the end of the third period (66-61), to then become stronger in the last and end with 11 points difference.

Travante Williams was the best of the Leonine and MVP team of the match, with 23 points, seven rebounds and three assists. Arnaud Cotture stood out for Friborg with 19 points. 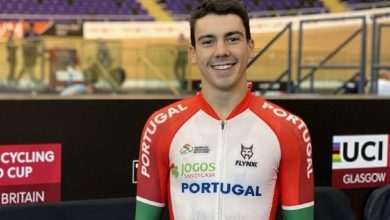