Stereossauro finished concerts in 2019 of the “Bairro da Ponte” Tour, with a concert at Casino Lisboa, in a musical celebration that featured many guests.

This concert at Casino Lisboa was attended by Camané, Gisela João, NBC, Chullage, Nerve and Ricardo Gordo at the Portuguese Guitar, in a well-accomplished musical fusion show.

DJ Ride, started the concert, companion of Stereosaurus, the various stages where he went during this Tour, shone on stage.

Stereossauro came in later and with Ricardo Gordo on the Portuguese guitar played the theme “Novo Sal” and “Para os Poetas”, followed by NBC with the theme “Vontade de Deus”, of course that high moments of the concert are the theme “Vento” accompanied by the “fadista”, Gisela João, or “Flor de Maracuja” with Camané, another “fadista” present.

Nerve and Chullage followed on “Ingrato” and “FFFFF” respectively, with excellent stage performances, ending the concert with “Jam”.

The album “Bairro da Ponte” had the help of Editora Valentim de Carvalho, which allowed access to the archives to the manipulation of iconic songs by Amália Rodrigues or Carlos Paredes.

This tour covered important stages of the Portuguese music scene, such as NOS Alive, MIMO, EA Live, Bons Sons or Imminente, and more recent ones like Fado Food Fest.

The success of the Tour was evident from the beginning and this last concert of 2019 only confirmed it, with the presence of a good human frame at Casino Lisboa, who applauded and danced to the sound of “Bairro da Ponte”. 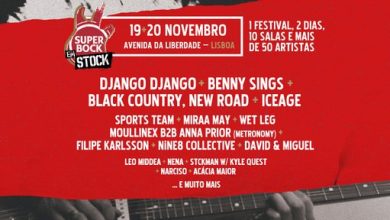 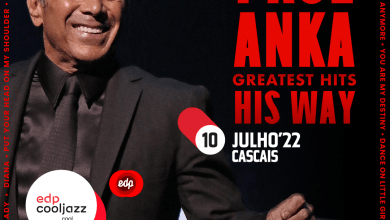