The company Amarelo Silvestre is in Porto with a theatre show about prejudices and dish frogs, based on a dialogue between father and daughter. 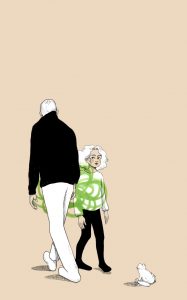 The theatre company Amarelo Silvestre ends the current national tour of “Engolir Sapos” with a presentation to the general public at Teatro do Campo Alegre, on February 8, Saturday, at 4 pm. For more information and reservations contact the Municipal Theater of Porto.

Premiered in March 2019, the show “Engolir Sapos”, staged by Rafaela Santos and dramaturgy by Fernando Giestas, is a reflection, in the form of a theatre for families, about prejudices and frogs in dishes.

The display of crockery frogs in countless commercial establishments in our cities, placed to keep gypsies away, has to lead us to the basic question of this proposal by Amarelo Silvestre: if crockery frogs bother people of flesh and blood, frogs bother us to all. On stage will be father and daughter, played by Amélia Giestas and Ricardo Vaz Trindade.

The anatomy of prejudice
In addition to the spectacle for the general public, the company Amarelo Silvestre has been developing, since the beginning of the week, a program that includes workshops and specific sessions for the school audience. Before the visits to the shows, students from schools in Maia, Porto and Vila Nova de Gaia, participate in a workshop led by Leonor Barata, where they are asked about prejudices. 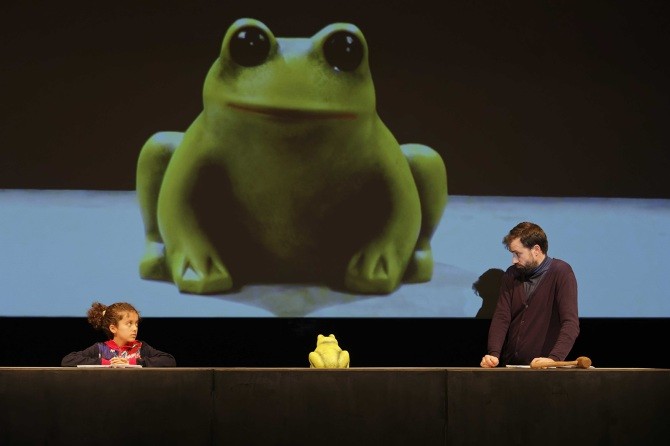 Established in 2009, the theatre company Amarelo Silvestre carries out its activities from Canas de Senhorim, Municipality of Nelas. Contemporary theatre created in a semi-urban context, attentive to the world and life. Highlight for the dramaturgy in Portuguese and for the choreographic body of the actor on stage. Word and body: two pillars of the artistic purpose of Amarelo Silvestre.