This year’s Landless Shadow Festival will kick off on Saturday with a visit to five traditional bakeries and a concert of the North American Choir Spelman College Glee Club in Vila de Frades, in the municipality of Vidigueira, Alentejo.

The visit ‘Knowing the Bread Cycle: Theory, Poetry and Practice’, starting at 3:00 p.m., will allow the participants to get to know the “secrets” of the various stages of artisan breadmaking in Alentejo and to ” make bread in traditional ovens, explains the organization of the festival, in a statement sent today.

The opening concert of this year’s festival, entitled ‘Walking for Water: Georgia’s Women’s Voices’, will be held at the Spelman College Glee Club in Atlanta, the capital of the state of Georgia, in the United States. from 9.30 pm, in the main church of Vila de Frades.

Founded in 1883, the Spelman College Glee Club, “one of the most prominent choirs” of the United States of America and “a reference in the choral tradition of Georgia”, interprets a repertoire composed of traditional spiritual and songs of African-American composers.

The first stage of this year’s festival, under its biodiversity safeguard program, will end on Sunday with an action dedicated to the “Great River of the South” and titled “When Fishes Take the Elevator: Exploring the Connectivity of the Guadiana River”.

The action, starting at 09:30, will allow musicians, spectators and members of the local community to know the fish passage device in the Pedrógão dam, located in the municipality of Vidigueira and in the middle of the Guadiana, which “minimizes the effective barrier “of the infrastructure and allows connectivity between the river and some tributaries.

Through the action, participants will also be able to observe the traditional fishing gear still practised on the Guadiana River and appreciate some of its “untouched shores” and “where reefs of wildlife live.”

The 15th Festival Terras Sem Sombra, under the title ‘On the Earth, on the Sea – Travel and Travel in Music (Centuries XV-XXI)’, has the United States of America as a guest country and will run until July 7 in 13 counties of the Alentejo and the Spanish region of Extremadura.

The Baixo Alentejo and the Alentejo coast are the “traditional geography” of the festival, which this year will widen to reach Alentejo Central, Alto Alentejo and Spanish Extremadura.

This year, the festival, which is organized by the Pedra Angular association, will include 50 activities, including concerts, heritage visits, biodiversity safeguard actions and conferences, in the municipalities of Vidigueira, Serpa, Reguengos de Monsaraz, Valencia de Alcântara, Olivença, Beja, Elvas, Cuba, Ferreira do Alentejo, Odemira, Barrancos, Santiago do Cacém and Sines. 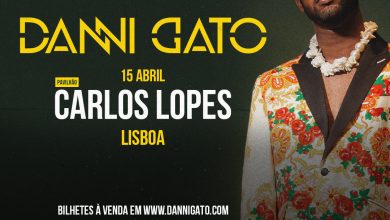