Last weekend, the biggest fado festival was held, Santa Casa Alfama and one more, the streets of Alfama were filled with Fado, even with the pandemic, it was possible to hear some of the greatest performers.

This year was special, as we celebrated the centenary of the birth of the great diva of Fado, Amália Rodrigues, but also because, due to the contingency situation that the country lives due to COVID 19, all the DGS rules were applied to the festival, closed spaces, seating and reduced public.

So this fado festival had 5 stages, all of them in Alfama. In addition to the concerts, the Video Mapping “Amália” was projected on the Facade of the Cruise Terminal where, for 15 minutes, free of charge, everyone who wanted to could watch a video about Amália’s life. At the Lisbon Cruise Terminal, the exhibition “Welcome to be Amália.”

Ana Lúcia Nunes sang “Ciumenta”, “Fado das Horas” among other fados and in a duet with Diogo Rocha sang “Quebranto“,

Emanuel Soares took us through “Incerteza”, “Canoas do Tejo”, “Fama de Alfama” and “Canto o Fado”just to highlight a few.

The Ermelinda Freitas Stage ended its night with the fado singer Fabia Rebordão and her “Lisboa Cidade” and “Pergunta a Quem Quiseres” , among others, in a place with a fantastic view over Alfama and Lisbon.

Duarte, among others, sang “Sandades que trazes Contigo”, and we will miss hearing him playing Fado again.

Maria Emília, entertained us with “Ai Maria”, “Duas Lágrimas de Orvalho” and “Fado Menor”, ​​a fado singer who is one of the new voices of fado.

Palco Santa Casa closes this first day with Mariza, dispensing with any presentation, her sweet voice, and the friendliness that characterize her, always interacting with the public. Among others, she sang “Sem Ti”, “Ó Gente da minha Terra”, “Quem me Dera”, “Estranha Forma de Vida”, “Lágrima” and “Barco Negro”.

At the Fado Museum, the Palco do Público, brought us amateur fado singers, the future and present of fado.

At the Amália Stage (Auditório Abreu Advogados), Vânia Duarte and André Baptista performed, and with “Casinha dum Pobre” , “A Minha Rua” and “Sombras da Madrugada”, delighted those who went to that stage.

Fado night at Casino Estoril with Peu Madureira on October 14

Portugal draws with France for the Nations League 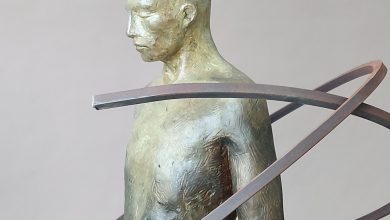