Visiting the miniature village of the master José Franco, in Sobreiro, in Mafra, is part of the childhood imagery of many of us.

In 1945, José Franco planned to build a live museum of his land at the foot of the house where he lived and of his potter’s workshop. A miniature world that reproduces the habits, work and traditions of rural life. For this, José Franco imagined a miniature village, where the figures are ingeniously moved by water, transmitting life to the typical saloia village of the first half of the twentieth century.

The village is divided into two halves, one in miniature, the other a full-scale replica of the saloio rural universe of a hundred years ago. For the younger generation is a world to discover. For the elders, some parents and grandparents, it is the memory of a world that no longer exists. The journey to this universe saloio begins soon with the sighting of the road of a windmill. Inside, the youngest discovered the mash to grind the cereal.

At the main entrance, there is a watermill to grind the corn (children can try it). There is also the carpentry workshop, with its utensils, the Ti Lena store, a grocery store where nothing is missing but so far from the current supermarkets and, of course, the saloia kitchen, where every day there is a bake. bread from the region in a wood-fired oven, bread that can be bought locally. It’s really good, especially the chorizo. And while eating this speciality, we are observing the wine cellar itself, with the utensils of the time.

In the village, there are also the shops of the barber and the dentist, the house of the farmer, with the bedroom and living room and, at the door, the stone bench where the lovers sit. But the great attraction of the village is the Primary School and its classroom. The slates, wallets and books go back to a period that ended around the ’70s but many still remember.

It’s a good idea to take a picture on one of the desks or the teacher’s desk, with the five-eyed girl right next to it.

Mafra is right next door, and for the greediest, we suggest you try the Fradinhos of pastries located in front of the Convent.

An oasis in the city

Do not miss the Saints Popular festivity 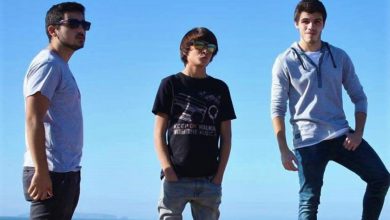