The chef of the Jase Hotels & Resorts group, in Porto, won first place in the largest and oldest national professional kitchen competition, announced at the Estoril Hotel and Tourism School.

After six hours of competition, Tony Martins, head chef of the Jase Hotels & Resorts group, won Chef of the Year 2020 in the grand national final of the largest and oldest national cooking competition for professionals, organized by Edições do Gosto. 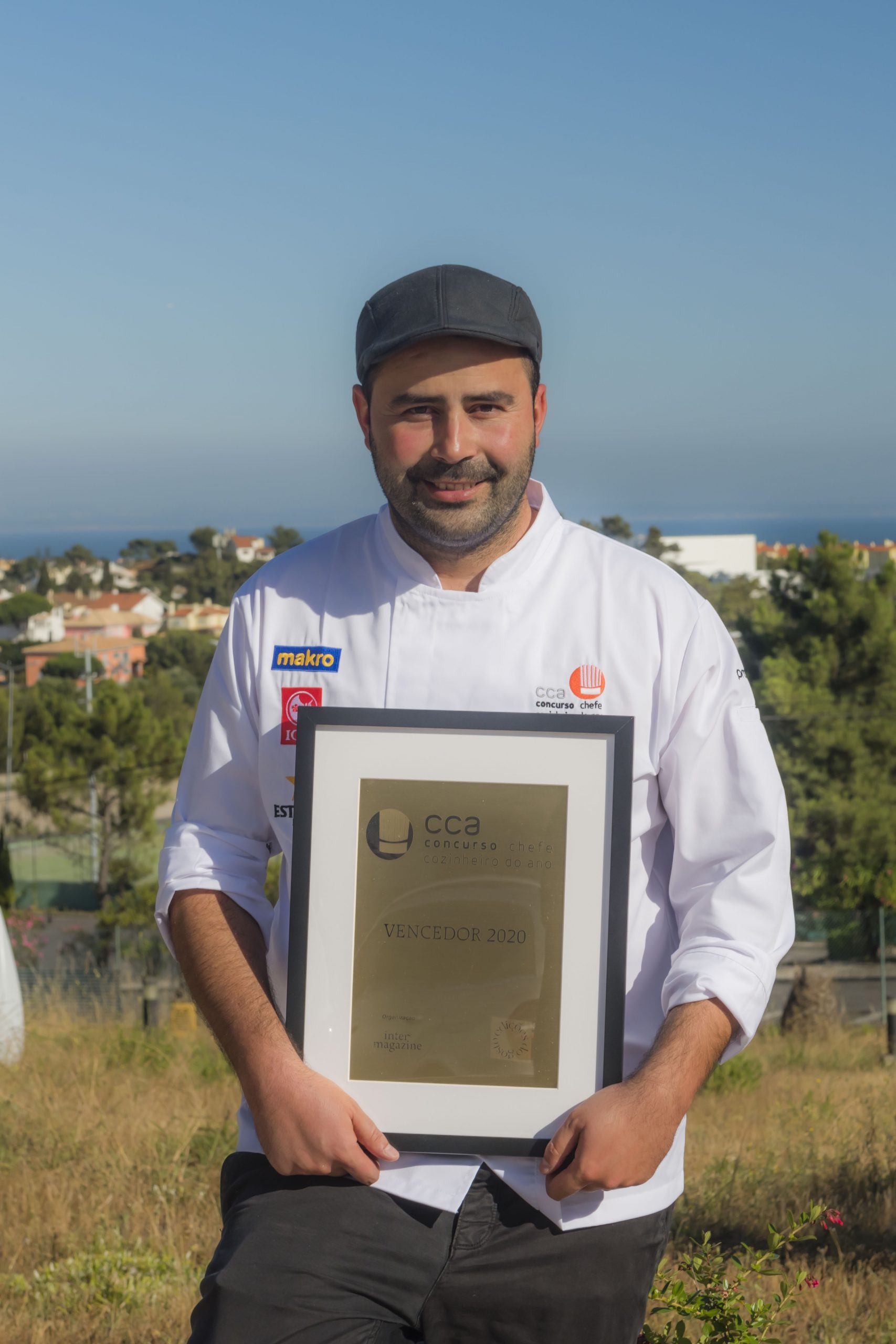 The Estoril Hotel and Tourism School was the stage for the competition that started yesterday at 10 am and lasted until the end of the day, with the six finalists preparing a menu of soup, a fish dish, a meat dish and dessert. 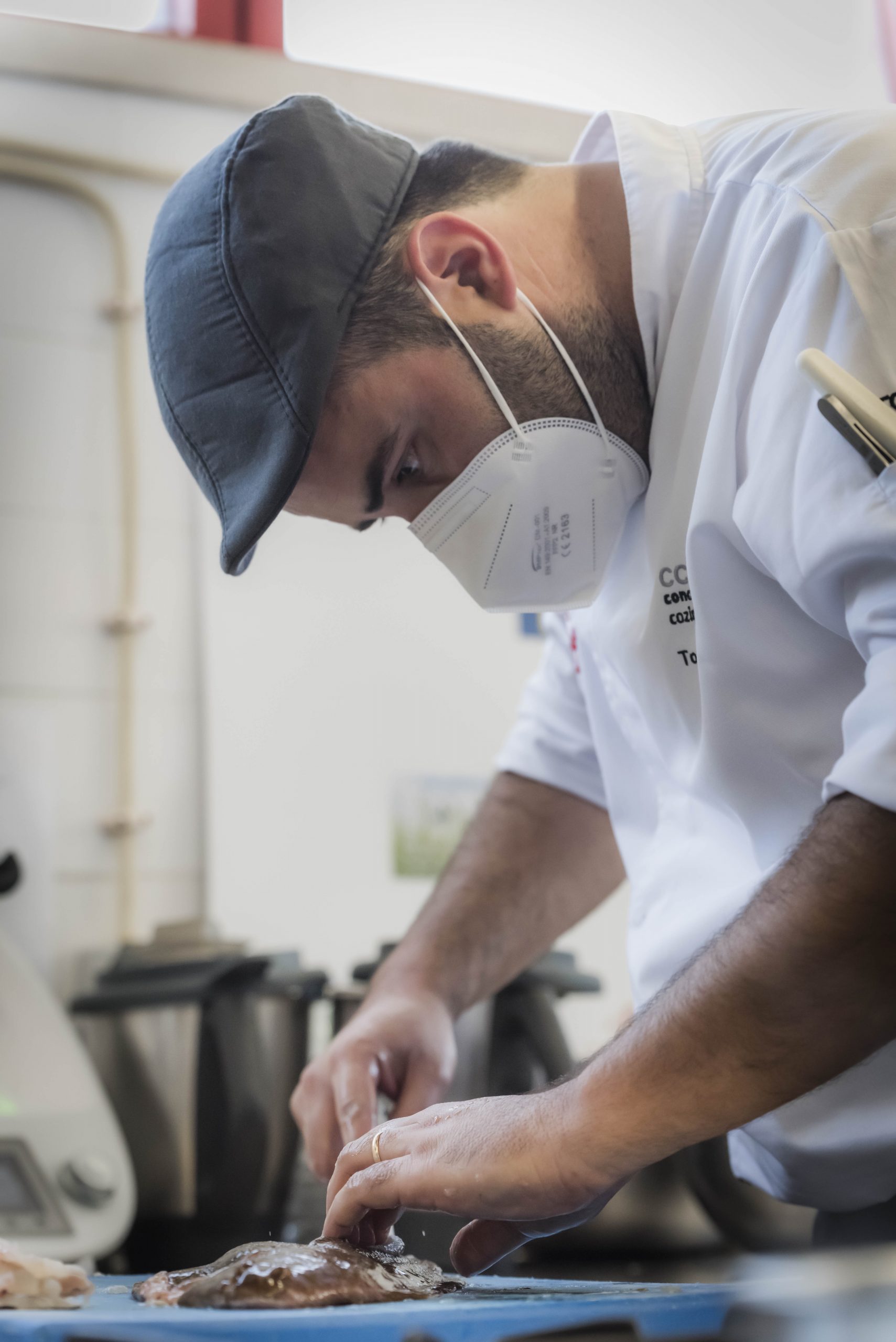 Chef Tony Martins started his career with professional training in restaurants and bar, having completed internships indoors and abroad, in Latvia and Germany. His first job as a kitchen manager was at the restaurant at the Casino da Figueira da Foz. This was followed by an experience in catering and a stint at Bronze – Seafood & Lounge, in Ílhavo.

The second place in the Chef Cook of the Year competition was won by Cristina Fernandes, 38, a cook at the Sála restaurant, in Lisbon. The third place winner was Marco Almeida, 30 years old, deputy chef at the Hotel Quinta das Lágrimas, in Coimbra. 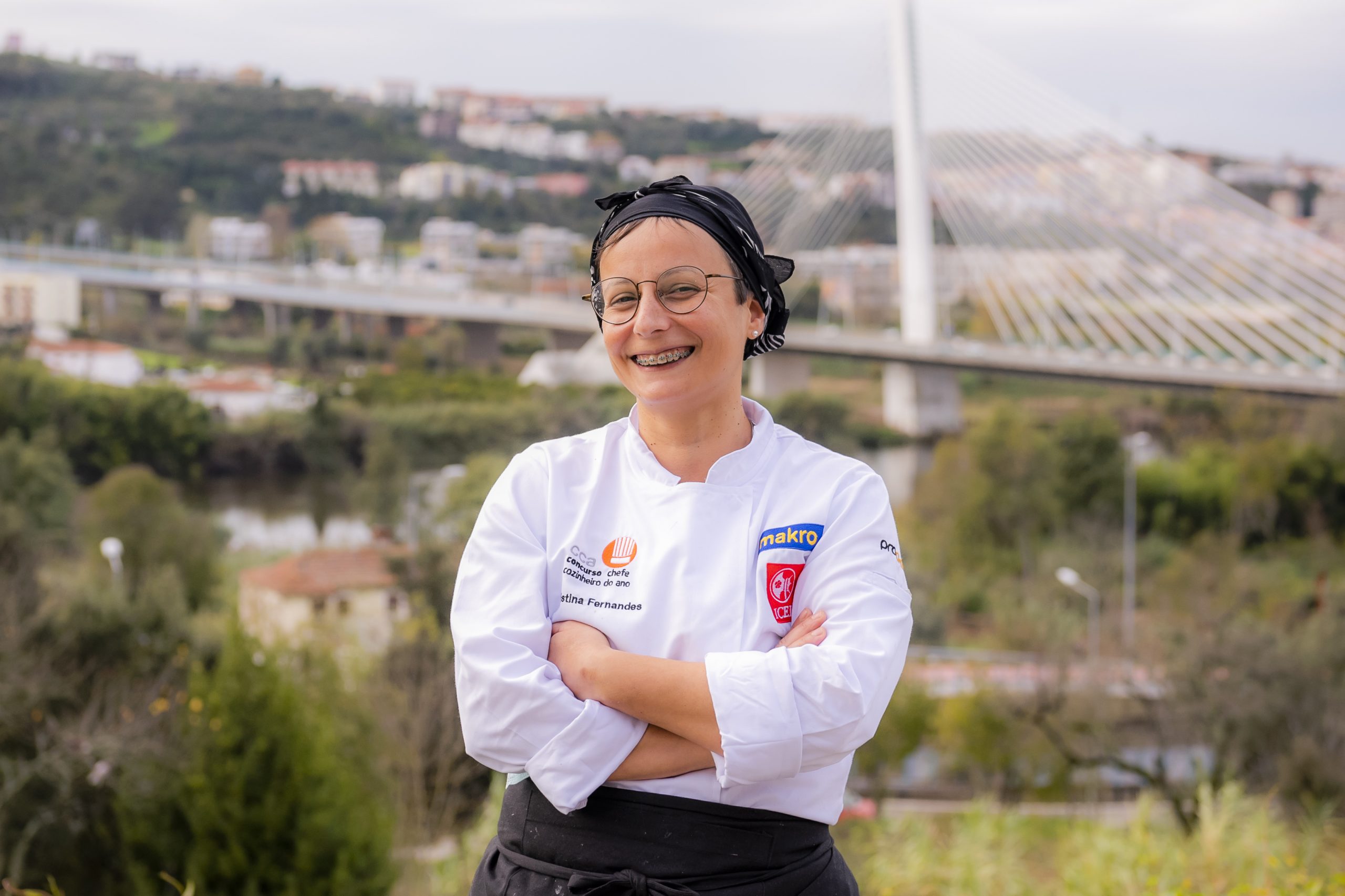 In this edition, the Award for Best Pairing with Estrella Damm Beer was also awarded. Duarte Calvão, André Magalhães and Luís Antunes highlighted as the winner Cristina Fernandes and her dish of suckling pig, vegetables and wheat, harmonized with Estrella Damm Inedit. 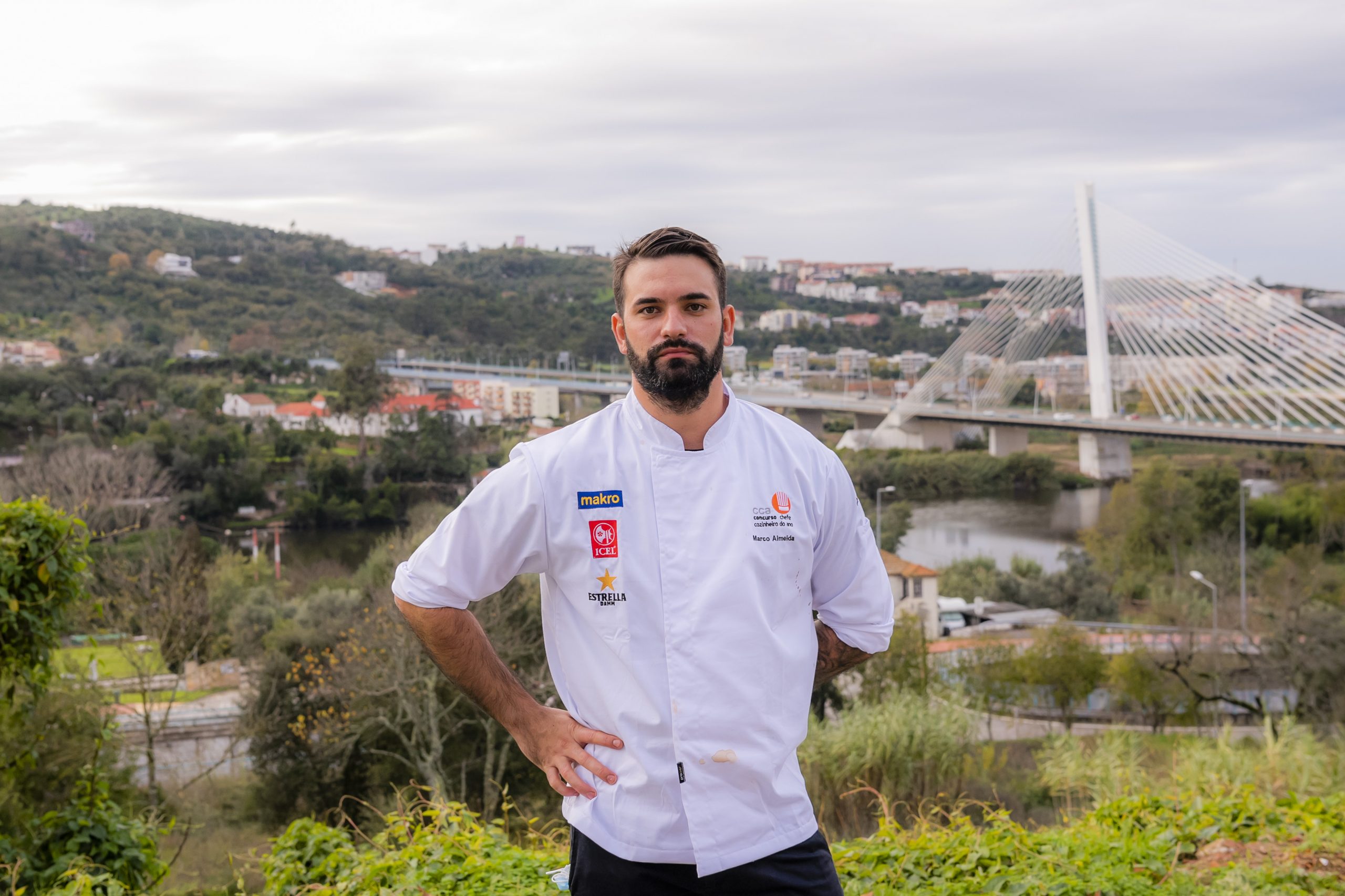 The cook at the Sála restaurant also received the Helmut Ziebell Innovation Award for the soup she took to the competition: Fennel, Gaiado and Bolo do Caco.

The grand final of the competition was attended by Luís Araújo, President of Turismo de Portugal.

Created in 1990 by Inter Magazine, the Chef of the Year competition has already awarded leading names in national cuisine such as Henrique Sá Pessoa, João Rodrigues, Vítor Matos, António Loureiro and Luís Gaspar. The 31st edition was judged by António Loureiro (A Cozinha), Dieter Koschina (Vila Joya), Henrique Sá Pessoa (Alma), Paulo Pinto and Ricardo Luz (Winner of the 30th edition of Chef of the Year). The presidency was under the responsibility of António Bóia, from JNcQuoi.

The Chef of the Year competition is mainly sponsored by Makro, Estrella Damm and Icel. It is also sponsored by Arroz Bom Sucesso, Costa Verde, Lava and NX Hotelaria and in partnership with Bonduelle, Carne Mertolenga, Dry Ager, Gresilva, Prochef and Rational. The institutional partner is the Feira Internacional de Lisboa and the competition also has the support of the Portuguese Tourism Schools, ACPP, Rede-T, Chaîne des Rôtisseurs and Mar Portuguez.

Twitch's 'Watch Parties' made it to Android and iOS 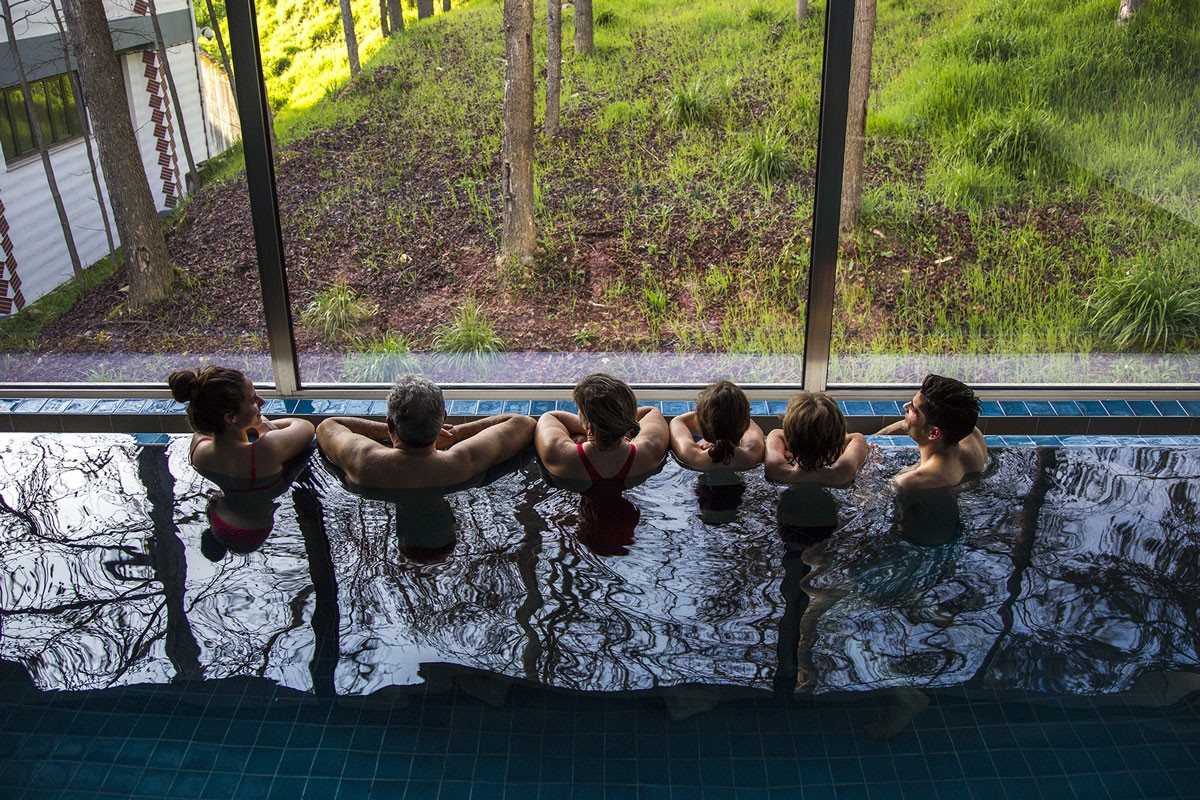 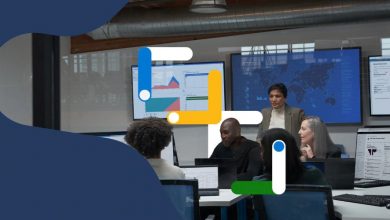