Vanessa Silva and Miguel Amorim, on the piano, paid a tribute to all the great Divas of music at “Serões no Casino” at Casino Estoril

Casino Estoril reopens the Auditorium and the panoramic Foyer of the Salão Preto e Prata to welcome, exclusively in live stream, an original cycle of concerts and stand-up comedy shows. Artfeist Produções Artísticas is the promoter of this program called “Serões no Casino Estoril”, which takes place between the 9th and 31st of August. This is a timely initiative that aims to boost national culture, taking into account the complex current situation, originated by the Covid-19 pandemic crisis.

Vanessa Silva is a singer and actress who started singing at the age of 6, until today she won the contest “Anastacia Idol”, was the protagonist of the musical “Fame”, won the program “A Tua Cara Não Me Estranha – Duetos“, and, since 2015, she has been working with one of the largest cruise lines in the world, Royal Caribbean Cruises. Last Saturday, August 15th, she was at Casino Estoril with a concert dedicated to all the great Divas of music with Miguel Amorim.

The concert in Livestream, with the production of Artfiest, started as usual at 10 pm, in the Auditorium, with the song “Somewhere Over the Rainbow” from The Wizard of Oz by the beautiful voice of Vanessa Silva, accompanied by Miguel Amorim on the piano.

Vanessa starts by paying tribute to Amália Rodrigues, who is considered the greatest Diva in Portugal, with the song “Medo“. This year marks the centenary of this great fado singer and artist, Amália Rodrigues.

Then there was also tribute to another great Diva in Portugal and one of the best Portuguese singers and interpreters, Vanessa Silva sang “A Desfolhada” and pays homage to Simone de Oliveira, an artist with whom she has had the privilege of working with.

It was then heard “Respect“, by Aretha Franklin, one of the artists who most influenced Vanessa’s musical taste since she was very young, and “I Have Nothing“, by Whitney Houston, which she dedicated not only to Whitney herself but to all great artists of the 90s like Céline Dion and Mariah Carey.

Starting to reach the most recent artists, Vanessa Silva sings the song “Reflection” from the film Mulan, sung by one of her favorite artists, if not her favorite, Christina Aguilera. This song was dedicated to all divas that dedicated themselves to Disney and animated films and musicals, and also to Henrique Feist, one of the great organizers of “Serões no Casino“.

Lúcia Moniz is also one of Vanessa’s greatest inspirations, as an actress, singer, and person, and it was to her that Vanessa dedicated the following song “A Vida Segue Lá Fora“, then “I Will Never Love Again” by Lady Gaga from the movie A Star is Born and “She Used To Be Mine” by Sara Bareilles, which she considers to be the music of her life.

Then they played “Nobody’s Perfect” by Jessie J, which for the artist is “one of the best voices and best interpreters ever“, a piano version of the song “Toxic” by Britney Spears and “Listen” by Beyonce, one of the greatest today’s Divas.

To end this beautiful concert, Vanessa Silva and Miguel Amorim played “Defying Gravity” by Rachel Tucker, Vanessa’s greatest inspiration in musical theater. This song is considered a hymn in Vanessa’s life due to its message of strength and hope, which she dedicated to Rachel, as well as to all the divas in the musical theater and to her mother.

The Livestream concerts“Serões no Casino Estoril”  at Casino Estoril continue until the end of August and you still have to see the concerts of Paulo de Carvalho, today, the following week we have António Zambujo on the 20th; Catarina Clau, Vânia Blu and Nuno Martins on the 21st; Simone de Oliveira with Nuno and Henrique Feist on the 22nd; and Casa de Fados “O Faia” closing the concert week on Sunday.

Monday, August 24, Rui Xará will perform a stand-up comedy; on the 27th Susana Félix performs; day 28 is FF‘s turn; Starting the weekend we have Lúcia Moniz, Mariana Pacheco and Diogo Leite on the 29th; and “A História do Fado” with Henrique Feist, Valter Mira and Marta Alves on Sunday 30th.

To end this cycle of performances and concerts, it is Nuno Markl‘s turn to step up with another stand-up comedy performance on Monday the 31st. Tickets available HERE.

Divas Night Out with Vanessa Silva and Miguel Amorim!! It was just perfect, and we all want to go back 🥰 Its wouldnt be possible without the work of Artfeist and their amazing crew. Read the full article and take a look at all the photos, link in the bio!!! @vanessasilva_official @miguel__amorim @artfeist.pt @ticketlinept @volto.live @ticketlinept @volto.live Portugalinews.eu – all about Portugal 🇵🇹 #music #fest #culture #art #pop #portugal #fado #icon #follow #like #seroesnocasino #lisboa #giveaway #casinoestoril #casino #artist #musical #miguelamorim #piano #respect #vanessasilva #lisbon #concert #ticketline #voltolive #artfeist #piano #portugalinews #divas #divasnight #photo 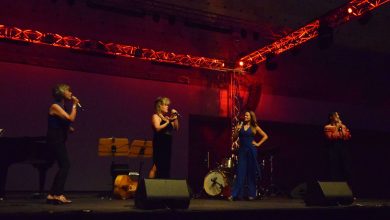 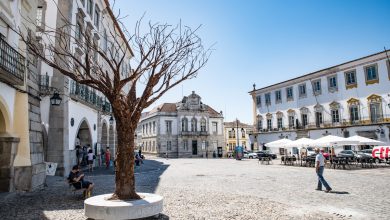