The actress and director Maria do Céu Guerra, one of the founders of the theatre company A Barraca, was awarded the Vasco Graça Moura-Cultural Citizenship Prize, Estoril-Sol, the promoter of the initiative, announced today.

Maria do Céu Guerra, 75, “has developed a unique career in the arts for more than five decades“, and is the first woman to receive this award, with the monetary value of 20,000 euros.

The actress and director was the personality chosen “for having stood out, throughout life, in a practice of cultural citizenship, as an actress, who took to the scene and in different ways disseminated the great texts of Portuguese literature and, in this intervention, which maintained in A Barraca as a nucleus of cultural irradiation, training and vocation for the discovery and creation of new audiences, “according to the jury, which was presided by Guilherme d’Oliveira Martins.

The distinguished name is known today, the day when the writer Vasco Graça Moura (1942-2014) would complete 77 years.

The Prize aims to “distinguish a writer, essayist, poet, journalist, translator or cultural producer who throughout his career – or through an innovative intervention and of exceptional importance – has contributed to dignify and project in the public space the sector to which he belongs “, reads in the regulation.

Maria de Céu Guerra de Oliveira e Silva was born in Lisbon on May 26, 1943, and attended a degree in Romance Philology at the Faculty of Letters of the University of Lisbon, where she became interested in theatre and was part of the group founder of the House of Comedy.

The actress debuted in this company, in 1965, in the play “Deseja-se Mulher”, by Almada Negreiros, staged by Fernando Amado.

In the following five years, he specialized in the Experimental Theater of Cascais, where he participated in a vast set of pieces directed by Carlos Avilez, of which stand out “Esopaida” by António José da Silva, “Auto da Mofina Mendes” by Gil Vicente , “The Maluquinha de Arroios” by André Brun, “The House of Bernarda Alba” and “Marriage of Blood” by Federico García Lorca, “D. Quixote” by Yves Jamiaque, “Fedra” by Jean Racine, The Police Commissioner “, by Gervásio Lobato, and” A Straw Hat from Italy “, by Eugène Labiche.

In the 1970s, she participated in several theatre and magazine and comedy series, collaborating with Laura Alves and Adolfo Marsillach in the play “Tartufo”, by Moliére, and returned to the House of Comedy, where she worked with Morais e Castro and Luís of Lima.

After April 25, he was part of the founding group of the Teatro Àdóque-Cooperativa de Trabalhadores de Teatro, as early as 1974, and the following year he founded the theatre company A Barraca, where he has since centred his theatrical activity.

In August 1985 she was distinguished as Lady of the Military Order of Sant’Iago da Espada and, nine years later, received the rank of Commander of the Order of the Infante D. Henrique.

In 2006, he premiered at the Teatro de Pesquisa A Comuna, “Todos los Caem”, by Samuel Beckett, with a performance by João Mota, an interpretation that earned him a Golden Globe SIC / Caras.

Her performance in António-Pedro Vasconcelos’s film “The Cats Have No Vertigo” (2015) earned her a Golden Globe for Best Actress in a Film and the Sophia Award for Best Actress.

In the previous editions Victor Aguiar and Silva (2018), José Carlos Vasconcelos (2017) and Eduardo Lourenço (2016) were distinguished.

The ceremony for the awarding of the “Maria do Céu Guerra” Prize will be announced in due course, according to the same source. 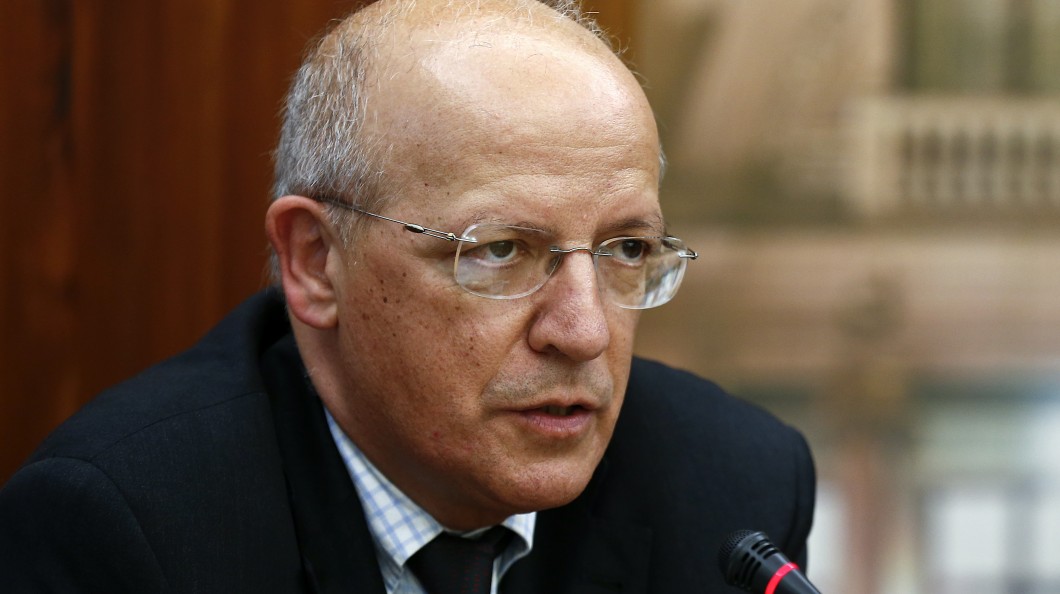