The World Press Cartoon 2019 awards the best cartoons published next Saturday in Caldas da Rainha, in a gala that the cartoonist Antonio believes will not be marked by the controversy around the drawing that angered Donald Trump.

The winning works of World Press Cartoon 2019 are from Brazil, Bulgaria, Cuba, Spain, France, Mexico, Portugal and Turkey and will be known at the gala to be held at the Cultural and Congress Center of Caldas da Rainha (CCC).

The awards ceremony will be preceded by a show of music and humor with the French Elastic and the comedian Pedro Torches.

The award-winning works are assembled in an exhibition that will open that night, with 279 cartoons, editorial cartoons and humor drawings in which 147 publications from 49 countries are represented.

The exhibition will be open to the public with free admission between May 4 and July 28.

The WPC is held in Caldas da Rainha since 2017. 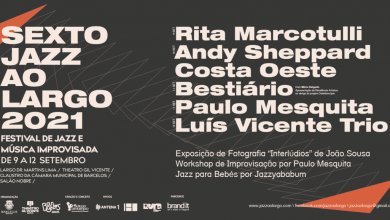 Jazz ao Largo is back for four unmissable days in Barcelos