To remember is to live, and to hear “Circo de Feras”, one of the mythical albums of Portuguese music, which has already reached middle age, by Xutos e Pontapés, on stage, remembering Zé Pedro and with the help of Tó Trips, could only be fantastic, and it was.

The Xutos on a night of renewed energy, playing songs that we’ve all heard so many times, and that continues to surprise, through the lyrics, the music and the energy they generate in those who listen to them.

A concert in two acts.

In the first, themes such as ‘Conta-me Histórias’, ‘Remar remar’, ‘Sou bom’ and ‘A minha casa’, which put Xutos at the top, unavoidable successes that the band gave to Portuguese music.

The second is the alignment of ‘Circo de Feras’ (circus of beasts), a 1987 album, which put the Xutos e Pontapés by Tim, Kalu, João Cabeleira and Zé Pedro, on the map of Portuguese music, Zé Pedro who almost 5 years after he left us is always present in all the concerts of the band that now has the precious collaboration of Gui.

It was even Zé Pedro who highlighted the importance of the album in a recorded testimony, shown between the two acts, the guitarist even says that one of the reasons for the success of the album was Tim’s lyrics, written in a way that everyone understood, in ordinary Portuguese, from the streets, of the workers, maybe that’s why they remain current until today.

The concert, idealized by Henrique Amaro, had the collaboration of João Pombeiro in the graphics, with collages of iconic images of the Xutos, and many other Portuguese artists, from Portugal of the 80s, which complemented the history of the songs of Tim, Kalu, Zé Pedro and João Cabeleira.

The second act featured Tó Trips, who with his mastery gave more musical richness to the songs of ‘Circo de Feras’, the guitarist who knows the band well, when he was part of Lulu Blind, played the first parts of Xutos several times, was without a doubt the “perfect marriage” to join the circus.

Tim, who, before finishing, emotionally recalled what this album meant for the band, the turning point, that if it hadn’t existed, they might never have been able to get where they are, although “they are very memories…“, did not complete the sentence. Still, everyone realized how tight his heart was, it was with ‘Morte Lenta’ and ‘À Minha Maneira’ that ended a fantastic night, a memorable concert, which was recorded and that everyone will be able to review even if on TV. 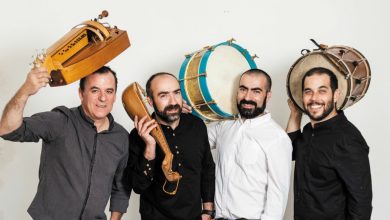 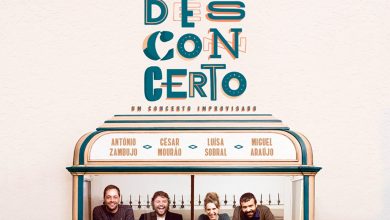 ‘Desconcerto’ with new dates in Lisbon

First festival edition dedicated to ‘hip-hop’ in August in Gavião